THIBODAUX — When Nathan Trepagnier and his fraternity mates took a hayride down Audubon Avenue Saturday, they were participating in a homecoming activity, approved by Nicholls State University officials, that was supposed to be safe.

But in the wake of the 19-year-old Metairie native’s death, trailer manufacturers and law-enforcement officials have raised concerns about the safety of people riding on trailers meant to haul equipment.

Trepagnier was run over and killed after falling from a hayride traveling on Audubon Avenue Saturday afternoon, State Police said. Trepagnier, who had been sitting on bale of hay, was trying to reposition himself when he fell, authorities said. Toxicology results on Trepagnier are pending.

Trepagnier’s death was the first of its kind during homecoming festivities, Harvey said. The university plans to review the State Police report on the student’s death before taking “all necessary measures,” the spokesman added.

The practice of using trailers in parades, whether Mardi Gras or homecoming, is not uncommon in south Louisiana, nor is it uncommon to see them used in hayrides around Halloween.

While these trailers are generally a part of slow-moving processions, that does not mean there is not some danger involved, authorities said.

“Any time you’re in any type of moving vehicle and not fastened in the vehicle, you’re at a risk,” State Police Sgt. Markus Smith said. Hayrides are particularly dangerous because they don’t have proper seating or restraints, he added.

The trailer Trepagnier was riding had a 1- to 2-foot-high railing, said Master Trooper Bryan Zeringue of State Police Troop C in Gray.

There were 22 people sitting in the truck and the trailer, he added, noting he did believe the trailer, itself, was overcrowded with people.

“They’re not moving fast, but you don’t have to be moving fast for anything to happen,” Zeringue said, adding the railings must be secure and high enough for people to fall, if trailers are going to be used to carry people in parades.

Without proper modifications, “trailers are not meant for people” and are meant for property carrying purposes, said Clint Lancaster, the technical director for the National Association of Trailer Manufacturers.

On Sunday, Trepagnier’s father, Wilfred Trepagnier Jr., said there was no one to blame for his son’s death because it was a “freak accident.” He repeated that belief during a phone interview Wednesday.

As a member of the Krewe of Bacchus in New Orleans, Trepagnier’s father said he is no stranger to riding on floats. The parade’s members must wear a harness to ride, he said.

Asked if he could think of any similar precautions for a hayride, Trepagner’s father replied that he could not and added his son had been sitting down, which was a seemingly safe position.

“He just moved a little bit to get comfortable on the bale he was sitting on,” Trepagnier’s father said.

Attempts to contact Kappa Alpha Order adviser Mike Matherne, who was out of town, were unsuccessful.

Trepagnier’s Mass will be held at 11 a.m. Friday at Our Lady of the Rosary Church, 3368 Esplanade Ave., New Orleans.

In lieu of flowers, donations may be made to the Nathan Scott Trepagnier Scholarship Fund at Holy Rosary Academy and High School, 3368 Esplanade Ave., New Orleans, La. 70119.

Posted by Ron Melancon at 11:32 AM No comments: 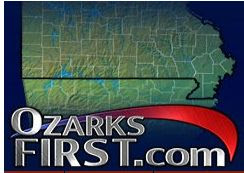 A day after a hayride accident sent a group of students to the hospital; Animal Paradise Family Fun Park owners speak out about the incident.

Eighteen high school students, mostly from Clever, were hurt when the tractor pulling the hayride trailer at Animal Paradise slid backwards, ejecting all the students. Thirteen of them were taken to Springfield hospitals.

The person with the worst injuries was the driver. Owner Lisa Ann Oddo says he has a broken rib, but doing fine. She says she's glad no one else was seriously hurt.

"Our hearts go out to the families, to the schools, to the parents. I'm a mother and I can completely relate if my child was on a field trip and had that experience, the fear that I would fear; we're just really glad that all the kids were okay." says Oddo.

The area attraction is back to operating on its regular schedule. Meantime, hospital officials at CoxHealth and St. John's say everyone involved has been treated and released.

Posted by Ron Melancon at 11:27 AM No comments:

Woman, 4 children injured in Millbrook accident. I added this to the Headline....NO lights,,,No Reflector Tape...

NOTE: This is my addition...almost all Farm Trailers are in deplorable condition. These trailers are rusted, have questionable construction standards and YES DO NOT HAVE WORKING TAILLIGHTS AND DO NOT HAVE REFLECTOR TAPE.

I ask...send me the pictures of the trailer....

MILLBROOK — Four children and one adult were injured in an accident on the 700 block of Myrick Road Saturday night in Millbrook.

The accident involved a tractor pulling a trailer with children and adults aboard and a 2006 Nissan Altima, which were traveling westbound on Myrick Road around 8:43 p.m., according to Millbrook Police Chief P.K. Johnson.

“According to the driver of the Nissan, he did not see the trailer until he was up on it,” Johnson said. “The Nissan struck the trailer, causing it to overturn.”

Johnson said the trailer was carrying children and adults who were out in area neighborhoods trick or treating.

“I think they were wrapping up their trick or treating and were about to drop off one of the children when the accident happened,” Johnson said.

A 40-year-old woman, who was on the trailer, was airlifted to Baptist Medical Center South in Mont gomery with serious to critical injuries, Johnson said.

As of late Sunday afternoon, Johnson said the woman had suffered a broken leg, which may require surgery.

The children were ranged in age from 7 to 10 years old, according to Johnson.

One of the children suffered a broken ankle, which may need surgery, Johnson said. The other three were treated and released from the hospital Saturday night.

The driver of the Nissan was a 30-year-old man from Deatsville and was not hurt, Johnson said.

“This appears to be nothing more than an unfortunate accident,” Johnson said. “There does not appear to be drugs or alcohol related to the accident.”

Johnson said he didn’t foresee any charges related to the accident forthcoming.

Posted by Ron Melancon at 9:51 AM No comments: